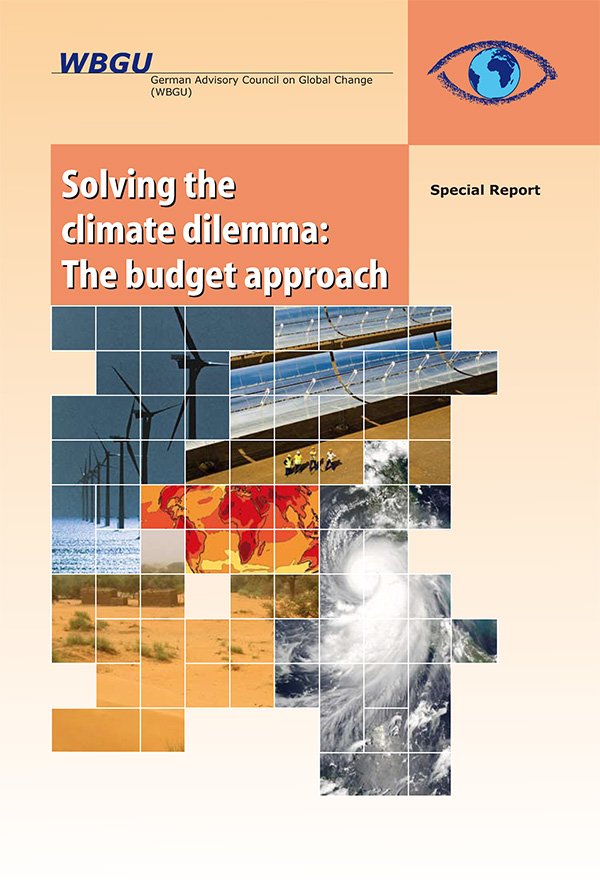 At their meeting in the Italian city of L’Aquila in July 2009, the heads of state and government of the G8 countries and the Major Economies Forum on Energy and Climate (MEF), whose members include India, Brazil and China, acknowledged the importance that global warming must not exceed the 2°C guard rail if dangerous climate change is to be avoided.

WBGU views this as an extremely important step towards the adoption of a binding international agreement which establishes a well-founded target for global climate protection.

The task now is to build on this consensus and reach agreement, at Copenhagen, on a follow-up treaty to the Kyoto Protocol, which is due to expire in 2012. This new international agreement should translate the relevant scientific knowledge into a fair and practicable global strategy to combat global warming. So far, however, the lack of unanimity between the countries involved in the negotiating process has meant that there is no clear leitmotif pointing the way towards such an agreement.

The German Advisory Council on Global Change (WBGU) has developed an innovative approach to solving the problem of climate change.