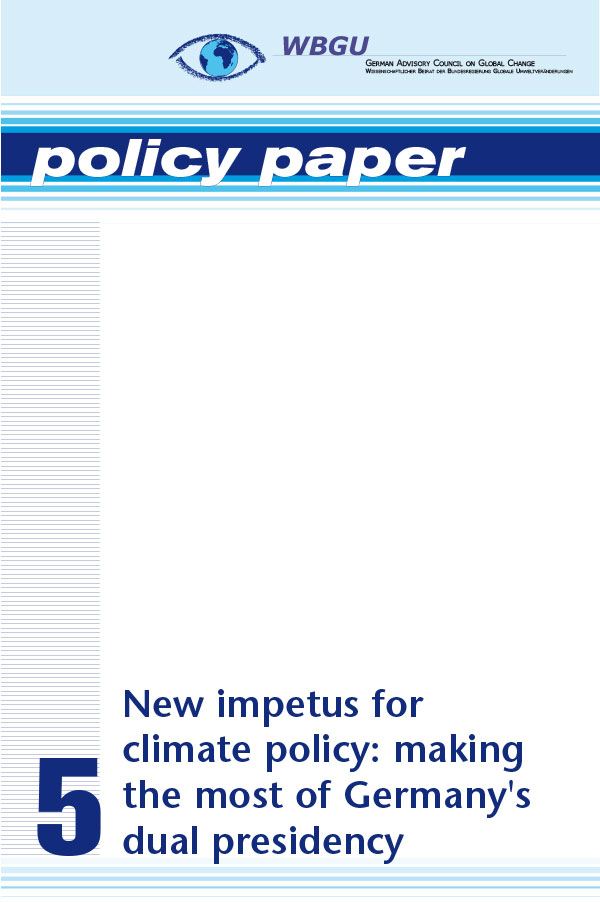 If dangerous climate change is still to be avoided, a reversal of current trends must be achieved within the next ten years, and greenhouse gas emissions worldwide must be halved by 2050 compared with a 1990 baseline.

However, there is a widening gap between the action that is urgently needed and current climate policy. The German Advisory Council on Global Change (WBGU) is therefore convinced that a new climate policy dynamic is required worldwide. Currently, all eyes are on Germany: its Presidency of the Council of the European Union and Presidency of G8 offer a dual opportunity to drive climate protection forward. The Council‘s core messages are as follows: