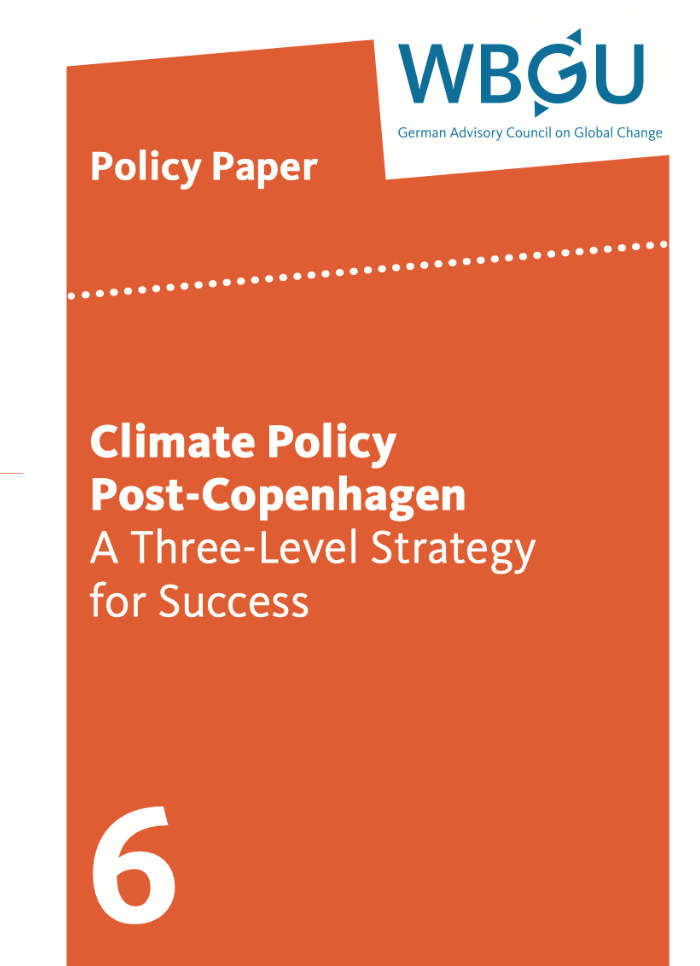 International climate policy post-Copenhagen is in crisis. There is currently no prospect of the comprehensive and binding UN climate treaty – the outcome hoped for at the 2009 UN Climate Change Conference – being achieved within the foreseeable future.

However, in order to keep the global mean temperature rise below 2 °C by the end of the century, a resolute course must be set in the international climate process within the next few years. The German Advisory Council on Global Change (WBGU) recommends that in order to revitalise the multilateral climate process, policy-makers and civil society in Europe take on a self-confident leading role in global alliances with selected ‘climate pioneer’ countries and that more intensive support be provided for civil society initiatives.

The aim of establishing a binding international regime to limit CO2 emissions – based, for example, on the WBGU’s own budget approach and similar approaches now also being discussed in China and India – must remain in place. The following recommendations are directed primarily at the German Government in light of its role in the international arena, particularly within the European Union (EU), at intergovernmental level via its bilateral and multilateral cooperation, and in the United Nations context.

This work is licensed under a Creative Commons License.

Recommendations for the Petersberg Climate Dialogue:

The German Advisory Council on Global Change (WBGU) will today submit a Policy Paper to the German Government, represented by Federal Environment Minister Dr Norbert Röttgen. The Policy Paper shows how the current deadlock in international climate policy can be broken.