Recommendations for the Petersberg Climate Dialogue:

The German Advisory Council on Global Change (WBGU) will today submit a Policy Paper to the German Government, represented by Federal Environment Minister Dr Norbert Röttgen. The Policy Paper shows how the current deadlock in international climate policy can be broken.

The decade for a climate turnaround

A resolute course must be set in the international climate process within the next few years in order to keep the global mean temperature rise below 2°C. The WBGU recommends that Germany focuses its engagement on three levels.

The European Union member states should boost the credibility of their leading role in climate policy by developing the 20-20-20 Agenda into a 30-20-20 Programme (i.e. by committing to reduce greenhouse gas emissions by at least 30%, increase the share of renewables in primary energy consumption to 20%, and achieve 20% more energy efficiency, all by 2020). The stated aim of 100% energy provision from renewable sources for Europe, a pro-active energy efficiency strategy and the resulting greenhouse gas emissions reductions of 80-95% by the year 2050 would generate important new momentum in the international climate process over the long term. The Council also considers that local-level initiatives involving the cities and municipalities in climate alliances, along with engagement by the business community and change agents, should receive more intensive support and encouragement from politicians.
To speed up strategic innovation processes and cut the costs of Europe’s energy system, the Council recommends a Europe-wide system of feed-in payments for renewable energies. This would target financial support on locations with the best availability of each renewable resource.

At present, the US and China are blocking each other – and therefore the global climate process as well. Europe can help to break this deadlock by exploring the option of climate alliances beyond the “G 2”. To that end, a pilot coalition should be set up, involving key countries such as India, Brazil, Egypt, Japan and the Maldives, representing various thematic areas such as infrastructural development, forest conservation, expansion of renewables, improving energy efficiency, and adaptation. This alliance, in the Council’s view, could facilitate the formation of privileged partnerships and become a driver of a new type of climate multilateralism, in a role similar to that once played by the six core countries of the European Economic Community.
At the same time, the EU should encourage joint action on the individual thematic areas e. g. via education, research and technological cooperation with selected countries. As examples, the Council proposes three specific thematic alliances: (1) an alliance with key forest countries, (2) an alliance in the field of climate-relevant infrastructure, and (3) an alliance focussing on the expansion of EU emissions trading into new geographical areas.

It is essential to safeguard the key successes achieved under the United Nations Framework Convention on Climate Change (UNFCCC). This applies, not least, to agreements on adaptation in developing countries that are particularly at risk from climate change. In the interests of trust- and confidence-building, however, the industrialised countries must honour their financial pledges for mitigation and adaptation measures and also make additional funding available for this purpose. From the Council’s perspective, replacing the consensus principle in the UNFCCC with a majority-based system of decision-making is also essential.
The EU should offer to endorse a second Kyoto commitment period even though this strand of negotiations under the UNFCCC has not yet produced a legally binding treaty, and notwithstanding the possible departure from the Kyoto process of some countries which are currently bound by reduction commitments.
The Council also proposes a worldwide debate on how individual countries’ actions on climate can be scaled up in order to keep global warming within the 2°C guard rail. This discourse could take place via an Internet forum, thus directly involving global civil society for the first time. It is also important to take greater account of ideas on how to establish a long-term frame of reference in place of the often short-termist debate about the climate issue, and how to solve the problem of international burden-sharing (e.g. WBGU special report 2009 or the Chinese proposal). 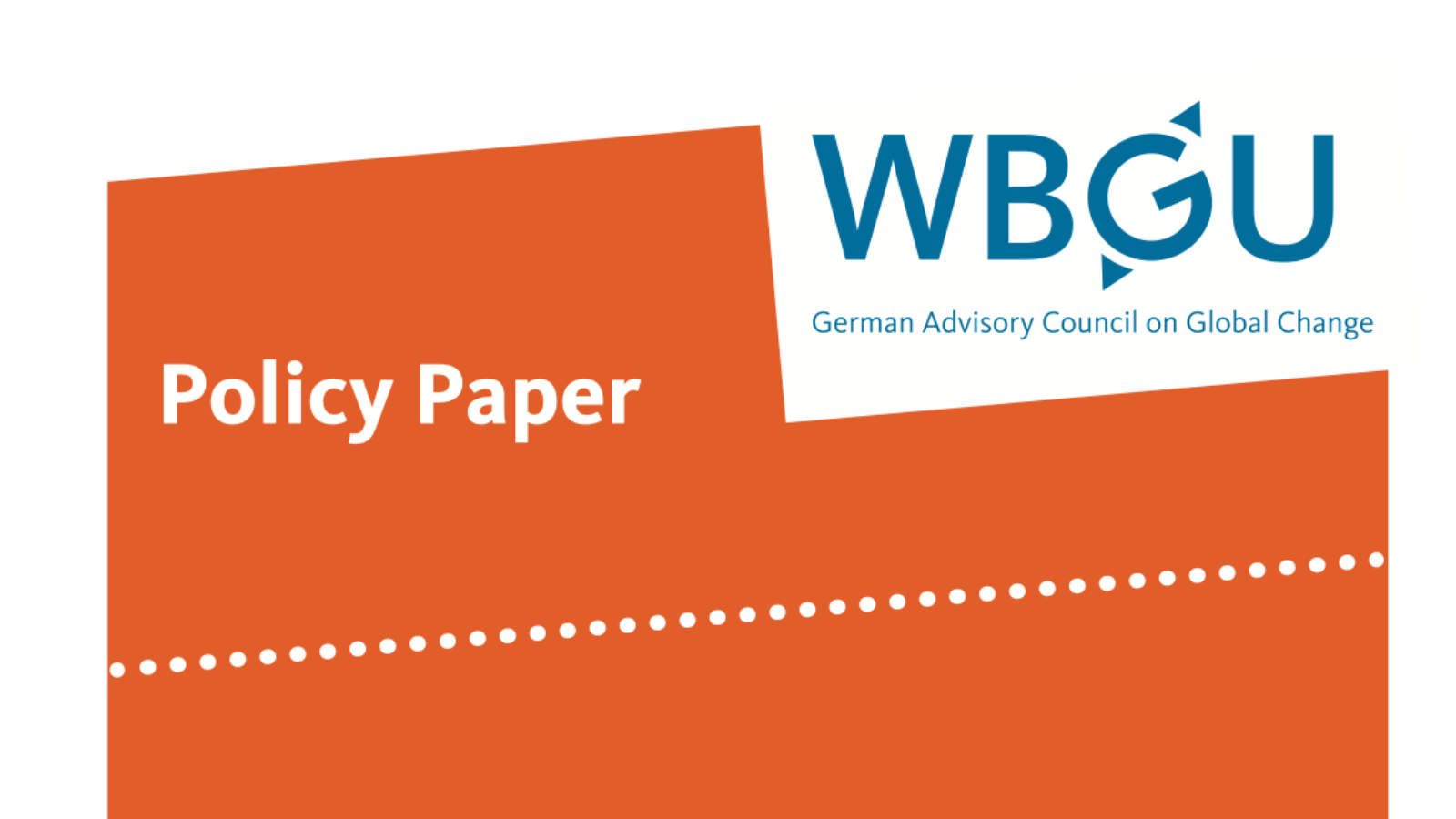 International climate policy post-Copenhagen is in crisis. There is currently no prospect of the comprehensive and binding UN climate treaty – the outcome hoped for at the 2009 UN Climate Change Conference – being achieved within the foreseeable future.