At the meeting of the foreign ministers of the G20, the twenty most important industrialized countries and emerging economies, the WBGU’s Chair, Prof. Dirk Messner, will present the WBGU Report entitled ‚Development and Equity through Transformation: The Four Big I’s’ (Investment, Innovation, Infrastructure and Inclusion). The report formulates a vision for contributions by the G20 to modernizing the world economy and global politics. The report examines the potential of the Great Transformation towards sustainability as a unique project for humankind, which offers considerable economic and social development opportunities.

At the meeting, the G20 Foreign Minister will discuss contributions to the implementation of the Agenda 2030 for Sustainable Development in an environment of global political turbulence. With the adoption of the Agenda 2030 in 2015, the international community reaffirmed its conviction that the global challenges can only be resolved together. The Agenda lays the foundation for shaping global economic progress in accordance with social justice and within the framework of planetary guard rails. The leitmotif of the German G20 Presidency is ‘Designing a Networked World’. It has three priorities: ‘securing stability’, ‘becoming more future-proof’ and ‘assuming responsibility’.

In its report, which will be presented at the G20 meeting to the German Foreign Minister Sigmar Gabriel and other high-level participants, the WBGU recommends that the G20 should provide strong leadership and vigorously tackle the implementation of the Sustainable Development Goals (SDGs) and the Paris climate treaty, both of which were adopted in 2015. These two agreements are gaining even greater significance in view of the growing tensions and divisions both in global politics and in many national societies. This applies even more after the inauguration of US President Trump. Global sustainable development, particularly climate-change mitigation, is currently the only ambitious project involving all the nations of the world on which a consensus could be reached; the task now is to implement it. The transformation towards sustainability can inspire innovation, mobilize investment, create employment and promote cooperation between states. In this way, the Great Transformation towards sustainability also becomes a peace project.

More specifically, the WBGU recommends that the G20 countries should agree to reduce their CO2 emissions to zero by 2050 and speak out against risky climate-manipulation technologies. In order to implement targets for sustainability and climate-change mitigation, they should set up transformative sovereign wealth funds (future funds) financed by pricing CO2 emissions and a new form of estate tax. In addition, the transformation towards sustainability should be used to reduce social and economic inequality, i.e. to promote inclusion both within societies and globally – in this way it can become an equity project. The future fund could also be used for this purpose.

The WBGU’s report will be presented within the framework of the conference of G20 foreign ministers by a network of think tanks from all G20 countries, called Think 20 (T20). Dirk Messner, Director of the German Development Institute (DIE) and Chair of the WBGU, is T20 Co-Chair during the German G20 Presidency. The T20 is developing specific policy recommendations for Germany’s Federal Government and the G20 leaders. 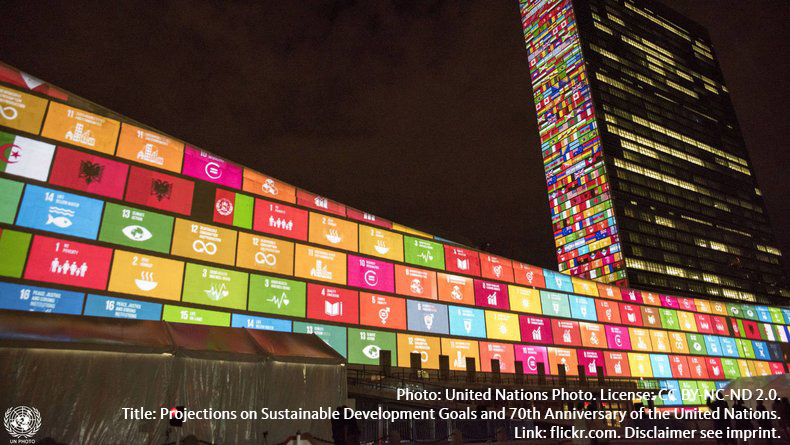 Development and justice through transformation: The Four Big ‘I’s

G20 countries are responsible for 82% of CO₂ emissions from fossil fuels, so the G20, with its formative influence on the world’s economy and politics, must play a leading role in implementing the 2030 Agenda and the Paris Agreement.