Climate policy can only be successful if it is designed in a just way. This means that the urgency of climate action must be taken seriously and that the interests of all the people affected – both people harmed by climate change and those affected by the structural change necessary for climate-change mitigation – must be given equal weight. This is the message of a new policy paper entitled ‘Just & In–Time Climate Policy: Four Initiatives for Fairness’, which the WBGU is presenting today to Federal Environment Minister Svenja Schulze and Secretary of State in the Ministry of Research and Education, Georg Schütte.

The paper relates to the 24th Conference of the Parties to the UN Framework Convention on Climate Change to be held in Katowice in December. Among the topics to be covered there are how to deal with loss and damage caused by climate change, and how to organize a just transition in regions which, up to now, have been strongly characterized by carbon-intensive industries. Typically, those affected are on the one hand people vulnerable to climate change in developing countries, and on the other hand people employed in carbon-intensive industries, e.g. in coal-mining areas. Just and future-oriented solutions must be developed for both groups. The WBGU recommends that the German Federal Government should forge ahead with a just & in-time -climate policy via four exemplary initiatives. The aim is to combine a timely decarbonization -process with just solutions for the people affected.

Decarbonization requires rapid structural change in regions that have traditionally been characterized by coal mining. An early, transparent and participatory approach to finding a common understanding on the potential ‘winners’ and ‘losers’ of the unavoidable phasing-out of coal – and on future-oriented development models for the regions affected – offers a great opportunity. The WBGU therefore recommends launching a ‘Zero Carbon Mission’ as an initiative for a just & -in-time transformation. It should professionally accompany and financially support regional structural change. The aim is to reduce social risks, make global, responsible action possible, facilitate networking among the people affected, and empower them.

Under certain circumstances, companies that contribute to climate change through emissions can sue for damages in the courts if they are forced by state authorities to close their plants. Yet the legal rights of people affected by massive climate damage vis-à-vis large corporations partly responsible for climate change are completely uncertain. The WBGU recommends that the German Federal Government should support a number of promising pioneer lawsuits, particularly those brought by people and communities harmed by climate change, against major corporations that have a significant responsibility for global warming, and assume the litigation cost risks for these lawsuits. It should furthermore use its influence internationally to ensure that the people affected are given opportunities to take legal action across national borders.

Up to now, there has only been inadequate protection and support for people who have to leave their homes as a result of climate change. The WBGU recommends that the German Federal Government proposes a climate passport for climate-driven migrants as a sign of intergenerational justice and responsibility. It would be modelled on the Nansen passport for stateless persons, which enabled hundreds of thousands of people to find refuge in safe states after the First World War. The climate passport should initially grant access and rights equivalent to citizens’ rights in safe countries to the populations of small island states whose territory is at risk of becoming uninhabitable as a result of climate change. In future, dignified and safe migration should also be made possible for citizens and internally displaced persons of other states affected by climate change. Countries with considerable responsibility for climate change should open their doors as host countries to people with a climate passport. Germany should advocate the introduction of such a climate passport in the context of the forthcoming round of negotiations in Katowice.

The structural change made necessary by climate-change mitigation requires a resolute realignment of financial flows. The WBGU recommends that the German Federal Government and other countries should set up transformation funds. These funds should aim to achieve a triple control effect by gearing the collection of funds, the investment strategy and the use of returns to the requirements of a just & in-time transformation towards climate compatibility. The transformation funds should accelerate the implementation of the climate and sustainability goals via investments and holdings in key industries, and use the profits generated for early and participatory structural change. The funds for the transformation should be built up by pricing greenhouse-gas emissions, supplemented by revenue from a reformed inheritance or estate tax. Furthermore, the WBGU recommends providing support for economically weaker countries to build up their own transformation funds and manage structural change via a facility at the World Bank or regional development banks.

An essential part of a global transformation towards sustainability is the rapid and complete decarbonization of the global economy. In order to meet the goal of stopping climate change well below 2°C adopted under the 2015 Paris Agreement, global CO2 emissions should peak in 2020 at the latest and be reduced to zero by about the middle of the century. 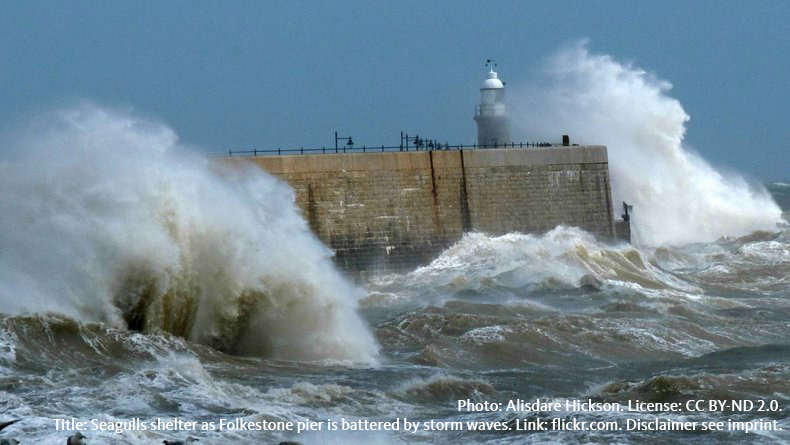 Climate policy can only be successful if it is designed in a just way. This means that the urgency of climate action must be taken seriously and that the interests of all the people affected – both people harmed by climate change and those affected by the structural change necessary for climate-change mitigation – must be given equal weight.