Submission of report "Future Bioenergy and Sustainable Land Use"

In its new report “Future Bioenergy and Sustainable Land Use” WBGU, the German Advisory Council on Global Change, concludes that the global sustainable potential for producing energy from biomass is significant and should be tapped.

The report is the first integrated study of bioenergy to explore the issue in the context of both global environmental and development policy. It shows that in the medium term around 10% of the world’s energy needs could be met by sustainable bioenergy from biogenic residues and energy crops. About a quarter of the potential arising from energy crops is located in Central and South America. Sub-Saharan Africa, Europe, North America and China each account for around 15%, while India accounts for 6%. However, utilization of this potential should only be pursued if risks to food security as well as to nature conservation and climate change mitigation targets can be excluded. For this to happen, binding sustainability standards need to be introduced at national and international level.

First generation liquid biofuels such as biodiesel from rape or bioethanol from maize are not suitable for mitigating climate change. If the cultivation of energy crops on agricultural land displaces food production and land elsewhere has to be cleared as a result, more greenhouse gases may be released than would have been the case if fossil fuels had been used. Second generation liquid biofuels, in which the whole above-ground part of the plant is used, perform no better in this regard. By contrast, the use of perennial tropical plants such as sugar cane, oil palm or jatropha – where they are grown on degraded land – can have a substantial positive impact on climate change mitigation. However, considerable damage can be done to the climate if tropical forest is cleared in order to grow these crops. WBGU therefore advocates that the promotion of liquid biofuels for road transport purposes be rapidly abandoned by removing blending quotas and instead expanding electromobility.

Biogenic residues such as wood residue, liquid manure and straw are ideal sources of energy, because when used properly they entail very little risk to soils, water or the climate. In addition, they do not compete with food production. The generation of electricity from wastes and residues should therefore be particularly promoted.

There are some 50 developing countries in which traditional bioenergy, involving the burning of wood, dung or crop residues for cooking and heating, still accounts for more than 90% of energy use. As a result, more than 1.5 million people die each year of indoor air pollution. The more widespread use of improved wood or charcoal stoves or of micro biogas systems, and the production of vegetable oils from oil plants such as jatropha, represent an important and as yet insufficiently exploited lever for tackling poverty. These technologies should be promoted, since they can deliver significant improvements in the quality of life of many hundred millions of people within a very short time and at low cost. The opportunities for rural development associated with the cultivation of energy crops should be harnessed. As a first step, however, integrated strategies for bioenergy use and food security need to be drawn up jointly with partner countries. 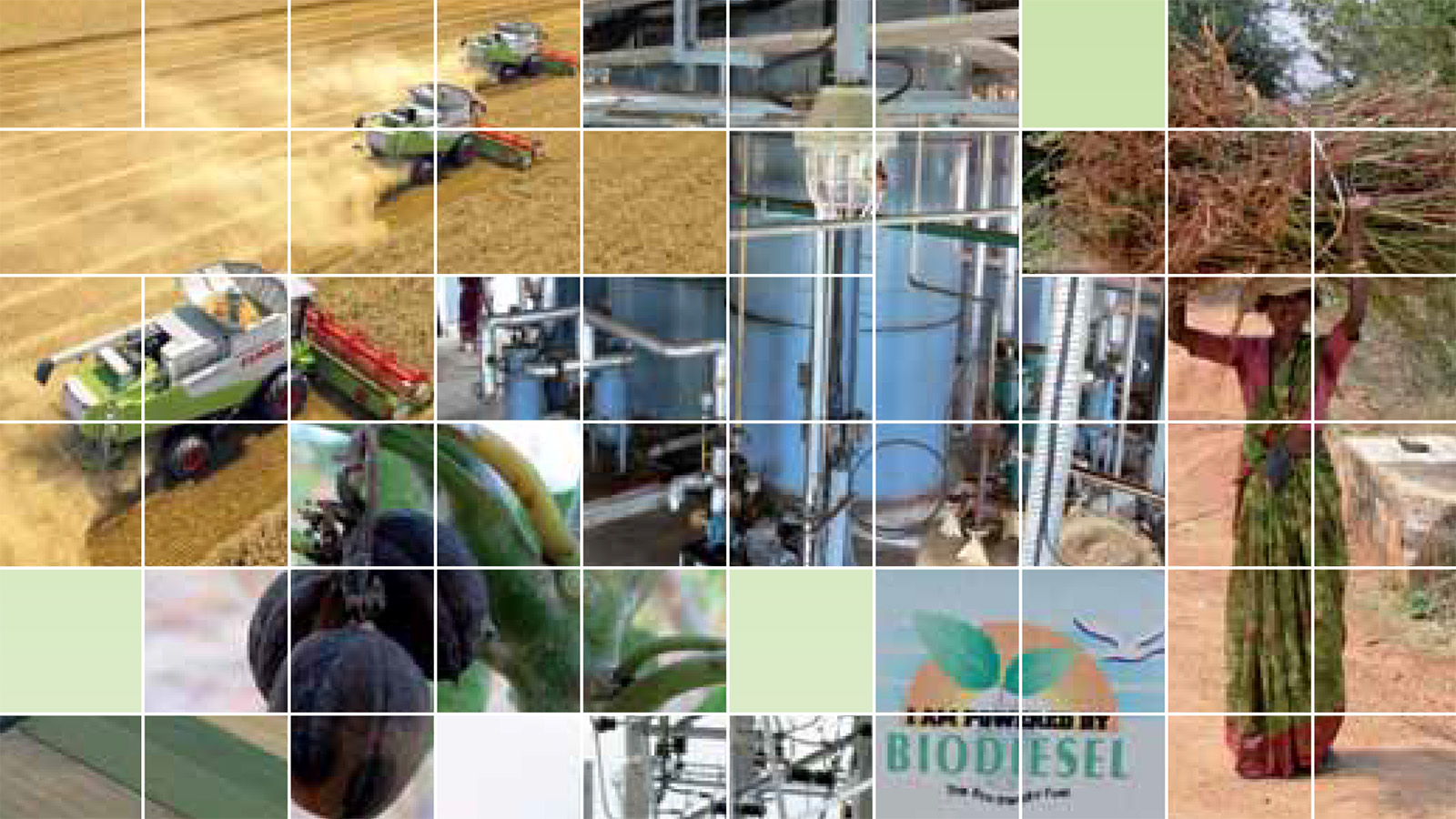 World in Transition: Future Bioenergy and Sustainable Land Use

Use should be made of the sustainable potential of bioenergy which can be tapped all over the world, provided that risks to sustainability are excluded. In particular, the use of bioenergy must not endanger food security or the goals of nature conservation and climate change mitigation.