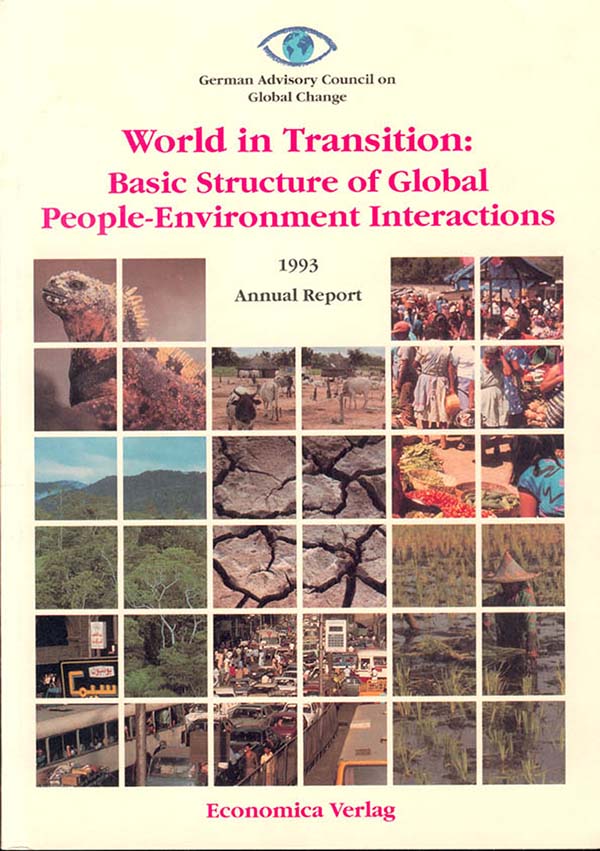 Environmental problems are becoming increasingly global in nature and will worsen considerably in coming years unless steps are taken to counteract this development.

The main causes are generally well known: emissions of greenhouse gases and pollutants, especially in the highly developed countries, excessive exploitation and reduction of forests, and the destruction of the habitats of many plants and animal species. In addition, we can expect enhanced environmental deterioration in developing countries exhibiting high rates of population growth. This coincides with unsolved economic problems: more than one billion people still live in the most abject poverty, and it is feared that the poor will constitute an ever-increasing fraction of the Earth's population.

In spring 1992 the Federal Government of Germany established the German Advisory Council on Global Change. The principal tasks of the Council are to present an annual Report on the state of the global environment and the social consequences involved, to give specific recommendations for environmental action, and to outline areas where further research is needed.

In its 1993 Annual Report, the Council endeavours to provide a holistic analysis of the Earth System, whereby the central focus is directed at the principal interactions between nature and society. The aim here is to demonstrate the complexity of environmental problems, on the one hand, and to create, on the other, the analytical basis for assessing the impact of current trends on the system as a whole.

The most serious global problems and major global trends in the estimation of the Council are: